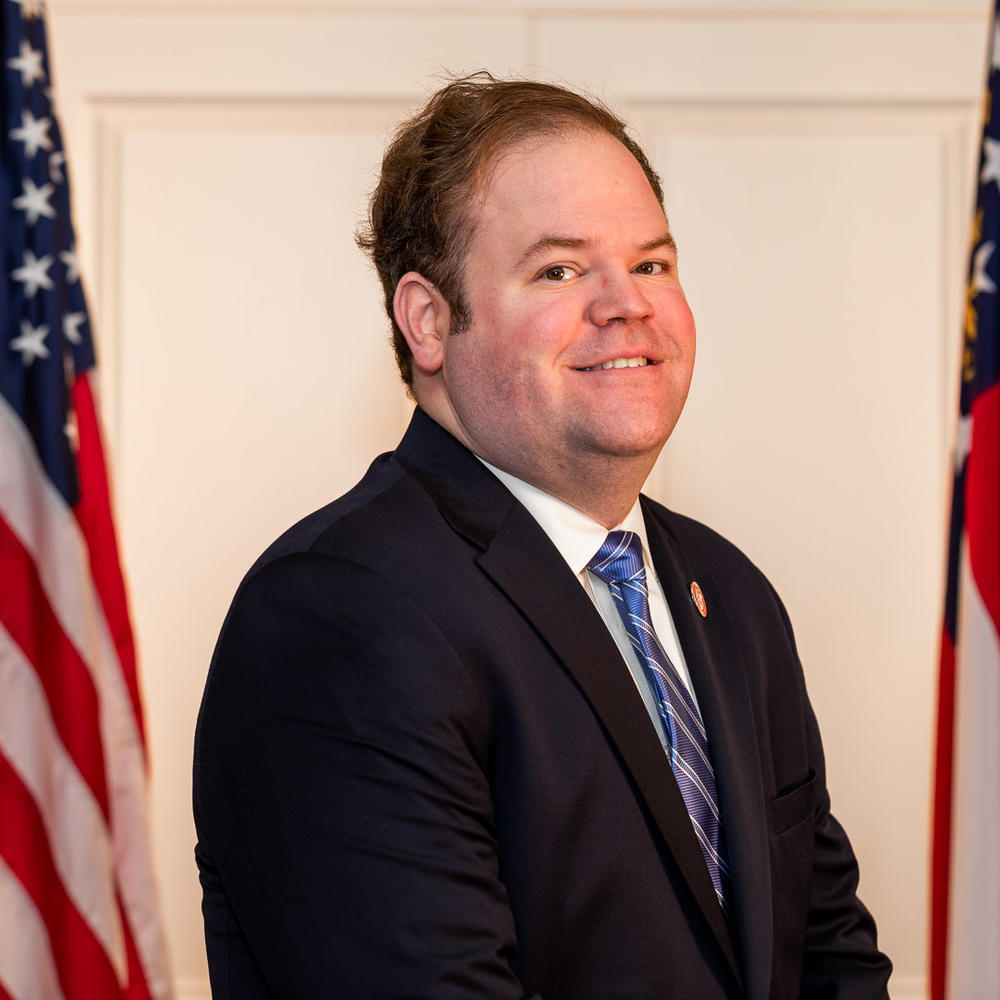 One year after earning a BBA in Marketing from the University of Georgia in 2001, Cade Joiner founded Shred-X Secure Document Destruction. Shred-X is now one of the largest independent shredding company in the Southeast and was named as one of the one hundred fastest growing businesses in the state of Georgia.

Cade is the Chairman of the National Federation of Independent Business (NFIB) of Georgia, an organization with 8,000 member businesses across the state. He serves as a board member for the UGA Entrepreneurship Program, the Georgia Chamber of Commerce, the Georgia Workforce Development Board, and he is also advises several start-ups. The University of Georgia recently named Cade as one of the 40 most distinguished UGA graduates under the age of 40.

In 2018, Cade served on the Finance Committee for Governor Brian Kemp and was also on the Executive Committee of the Kemp Inaugural. In early 2019, Cade was named the co-chairman of the Georgians First Commission. Cade regularly appears in the media discussing business issues and has been featured on Fox News, CNN, and in the Wall Street Journal.

Cade and his wife, Katie, and sons, live in Brookhaven. In his free time Cade enjoys traveling and watching college football and basketball.